There are two title fights this weekend, and we have some pretty solid choices. Our data scientist, Brandon Bergstrom, previews the two championship fights and an extra fight that is the closest 50/50 fight for the totality of the card. We will touch on this fight first and then go through the championship fights.

Power, power, and more power will be the key to this fight. Khaos Williams has ridiculous power. In the below graph, Williams averages 40 strikes to get a knockdown, whereas Brown is below average at over 120 strikes. Randy Brown is 4-3 against fighters with 70 or less for Sig. Str. Per Knockdown. This shows me that Brown struggles with powerful fighters… which again is the key to this fight.

Let’s take a look at another stat for these fighters. Khaos Williams is 4-0 against fighters with 5 or more for Total Strikes Landed per minute. This tells me that Khaos can put the power on someone and handle the kind of pace that Brown has in the octagon. Will Brown spend energy in trying to get a takedown? Below shows the general skills of these fighters.

I do not see any glaring weakness other than that Khaos wants the fight standing due to his power. If Brown gets the takedown, maybe it’s a unanimous decision win for him. Our models are projecting this fight to be a ground fight and for it to go the distance. This clearly favors Brown to win. However, I will be going against the models and picking Khaos Williams to win by knockout or decision

This is another fight that is going to come down to power and will to win. This should be a great fight. It will really show how good Oliveira’s striking is these days, or it will show that Gaethje’s defense has gotten much better. This fight will end by knockout or submission. Our model projects this fight to be a striking fight and for it to go the distance! If you trust in our distance model, the price is about +330 right now for it to go the distance.

Justin Gaethje is 0-2 against fighters with 47 or more for Control Time. Gaethje struggles against the best fighters. He is good but not great. I hope he ruins that narrative, but he has lost to the top tier fighters in the UFC (Poirier and Khabib). Oliveira does have a suspect chin, and it will truly depend on his ability to handle the destruction.

Here are how these fighters stack up in historical odds in the UFC.

I see Oliveira’s chin as hugely suspect, and you cannot keep getting this lucky with no one finishing you after getting clipped. Gaethje may have lost power, but he has gained IQ since his fight against Poirier. I will be picking Justin Gaethje to win this fight.

Both fighters took on Joanna Jedrzejczyk. Namajunas won by Unanimous Decision on April 07, 2018. Esparza lost by KO/TKO on March 14, 2015.

Namajunas handles adversity better than most in the division, and there is a reason she is #1 in the weight class. However, can she avenge the loss to Esparza and stuff the takedowns? Esparza’s reach is 63 inches. Namajunas is 6-2 against Womens Strawweights with a reach of 63″ or more. A fighter with similar odds of 195 to 155 and a reach of 63 inches is 3-7 in the last 10 fights.

Lastly, I’ll look at the Bayesian simulation model to provide more info for this fight.

Using Bayesian Simulation (not machine learning models), BCDC is 62% sure that Rose Namajunas is the better fighter with a risk of being wrong at 11%. Odds are -210, so no edge is available here. However, check back on Saturday for our machine learning picks. For now, I am going to go against the data here. Rose is not very good on her takedown defense and did better with Weili Zhang. I’m saying it will go to a decision win for Carla Esparza. Carla will win due to control time and successful takedowns. I pick Esparza at +175 to win the fight. 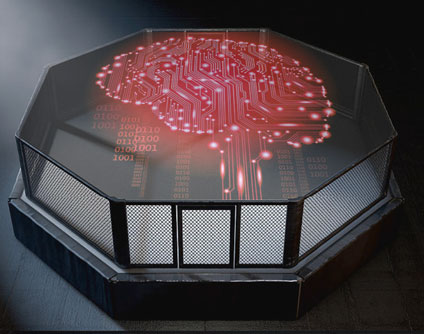 Last week, we broke down the Calvin vs. Arnold fight and provided insight to how the fight was going to go down and what was…