Fight Overview: I’m not too sure how this fight ended up as the co-main event, but I don’t make the rules and this is what we have, folks. Misha Cirkunov is an experienced UFC fighter who peaked at the #11 LHW in March 2021, collecting 13 of 15 wins via finish (4 TKOs, 9 Submissions) and 6 of 7 losses by way of finish as well (4 TKOs, 2 Submissions). In the UFC, Cirkunov has never won by decision and has seen 10 of his 11 fights not go the distance. This fight will mark Cirkunov’s second bout as a UFC MW. His opponent, Wellington Turman, has only won 11 of 17 by finish (4 TKOs, 7 Submissions) and lost just 2 of 5 within the distance (2 TKOs). Turman has yet to earn a victory inside the distance in the UFC, but both of his TKO losses have come in 2 of his past 3 bouts. In this fight, Turman will also return to MW following his LHW debut against Sam Alvey. Can Cirkunov redeem himself at the MW division, or will Turman be poised for his second straight victory?

Turman’s time in the UFC hasn’t been too impressive. In his past three fights, he’s been knocked out by Andrew Sanchez and Bruno Silva at MW, while barely eeking out a split-decision victory over Sam Alvey in August 2021. Alvey was Turman’s most recent fight and first fight since making the move up to LHW. If you didn’t know, Alvey is 0-7-1 since September 2018 and is currently “on hiatus” with his fighting career. To get outstruck 114-75 and only land 2/9 takedowns against Alvey doesn’t exactly scream impressive. Turman’s only other victory in the UFC comes against MW Markus Perez in November 2019, who has since gone 0-3 in pro bouts and has most recently fought for the Cage Warriors promotion.

Cirkunov has had a rough go of it lately. Since 2017, Cirkunov is 2-5 in the UFC, with his past two wins coming in October 2018 to Patrick Cummins and 2019 to current #14 LHW Jimmy Crute. Outside of Cirkunov’s recent split-decision loss in his MW debut to Krzysztof Jotko, his losses during this stretch have come from current #13 Ryan Spann, #12 Johnny Walker, current LHW champion Glover Texeira, and #8 Volkan Oezdemir. Although this was an extremely difficult span of fights for Cirkunov, losing via TKO to these ranked fighters has put forth questions about his chin and longevity. Cirkunov hadn’t been finished in his two losses before this stretch, and his recent close bout with Jotko seemed to alleviate some of the fears about his chin.

Honestly, I’m shocked the betting line is this close. I might be weighting the Turman/Alvey fight a little too harshly, but it’s so hard to fathom the possibility that Cirkunov could lose to Turman based on his prior level of competition. I also don’t believe Cirkunov’s chin will be as suspect versus Turman, who hasn’t had a finish by TKO since January 2016. Cirkunov has better significant strike rates (61.94% vs. 53.44%), takedown accuracy, (44.44% vs. 22.22%), and takedown averages (4.48 vs. 2.22) compared to Turman, all while facing stiffer competition. Overall, I feel fairly confident that a hungry Cirkunov will take care of business within 15-minutes and return to the “W” column with ease against the less-experienced Turman.

Fight Overview: Our second fight on the main event pins two UFC 4-1 LWs – each on a 4 fight win streak – with a shot to crack into a stacked top 15. Arman Tsarukyan comes into this bout with 11 of 17 pro victories coming by way of finish (6 TKOs, 5 Submissions) while suffering only 1 of his 2 losses inside the distance with a TKO loss during his second professional fight. In his 5 UFC matches, only 1 fight has ended within the distance for Tsarukyan. His opponent Saturday, Joel Alvarez, has seen 20 of his 21 professional fights ended inside the distance. The only fight not to go the distance was a UD loss to 23-1 Damir Ismagulov during his UFC debut. Alvarez has managed to earn 3 TKO victories – including 2 in the UFC – and 16 Submission wins during his career. His only TKO loss came during his 6th professional fight in April 2015. In a fight with winning streaks on the line, who will walk away with the impressive victory?

Joel Alvarez has looked very good since his loss to Ismagulov in February 2019, finishing his next 4 opponents with the first 2 rounds (2 TKOs, 2 Submissions). Alvarez is a freak in the LW division, with metrics of 6’3” with a 77” reach. This has also caused him some trouble in making weight for his bouts, but, at the time of writing this Alvarez has already made weight at 156 after stripping into his birthday suit. With multiple UFC victories coming against those who are no longer with the promotion, it is hard to gauge Alvarez’s ceiling going forward. I’ll also be keeping a close eye on the cardio of Alvarez in this matchup, as only 2 of his 21 fights have entered the third round, including the aforementioned loss to Ismagulov. Interestingly enough, especially considering his 2 submission victories, Alvarez has yet to complete a takedown or successfully defend any of the 4 takedown attempts against him in the UFC. If Alvarez can’t get out of this fight early, he could be in for a long night.

Arman Tsarukyan comes in as a balanced fighter who has shown the ability to push fights the distance and end them early when given the opportunity. A fight that is a huge indicator of his growth and overall ability is his UFC debut, losing via UD to Islam Makhachev in April 2019. This fight for Tsarukyan came following the 4th straight victory of Makhachev’s current 9 fight win streak, which is an incredibly difficult debut if you ask 99% of UFC fans. In this bout, Tsarukyan was taken down on multiple occasions but kept the future LW title favorite to under 50% on takedown attempts. This number bodes well against Makhachev’s career number of landing 2 out of every 3 takedowns, as well as pushing the decision when 3 of the following 4 fights were ended by submission. But what has Tsarukyan shown us since the Makhachev fight? One word to describe Tsarukyan’s performances since Makhachev: Control. In 2 of 3 UD victories since the Makhachev bout, Tsarukyan had a position of control for 16 of 30 minutes of fight time. Not only has he been dangerous on the ground or clinch, but he’s also continued to outstrike opponents 3 to 1 during this span. A true dual-threat, Tsarukyan has continued to get better each fight, highlighted by his recent TKO over previously 4-2 Chris Giagos in September 2021.

Although Alvarez is the largest LW that Tsarukyan – as well as almost everyone else Alvarez has fought – has faced thus far, Tsarukyan should be able to handle this adversity. Tsarukyan’s been getting better with each fight, and I truly believe the Makhachev fight has added to his growth. His ability to control his opponent throughout a fight, whether on the ground or stand-up, gives me a lot of confidence in Tsarukyan. Based on Alvarez’s performances, I do believe the betting lines for this fight should be closer, but Tsarukyan is a smart fighter who can make his opponent’s hefty weight cut painful as the fight goes on. If Alvarez can’t get Tsarukyan out early, a live-play on Arman Tsarukyan by points is the move.

After our last pick of Cory Sandhagen and Andre Fili we are up .74u on our two parlays we have done since you all have… 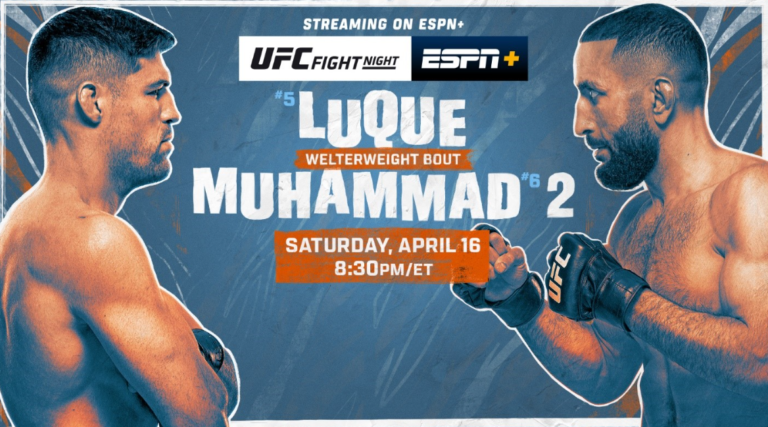 After our last pick Rozenstruik, Topuria, Ankalaev we now are only up 5.67u on our ten parlays we have done since you all have voted…